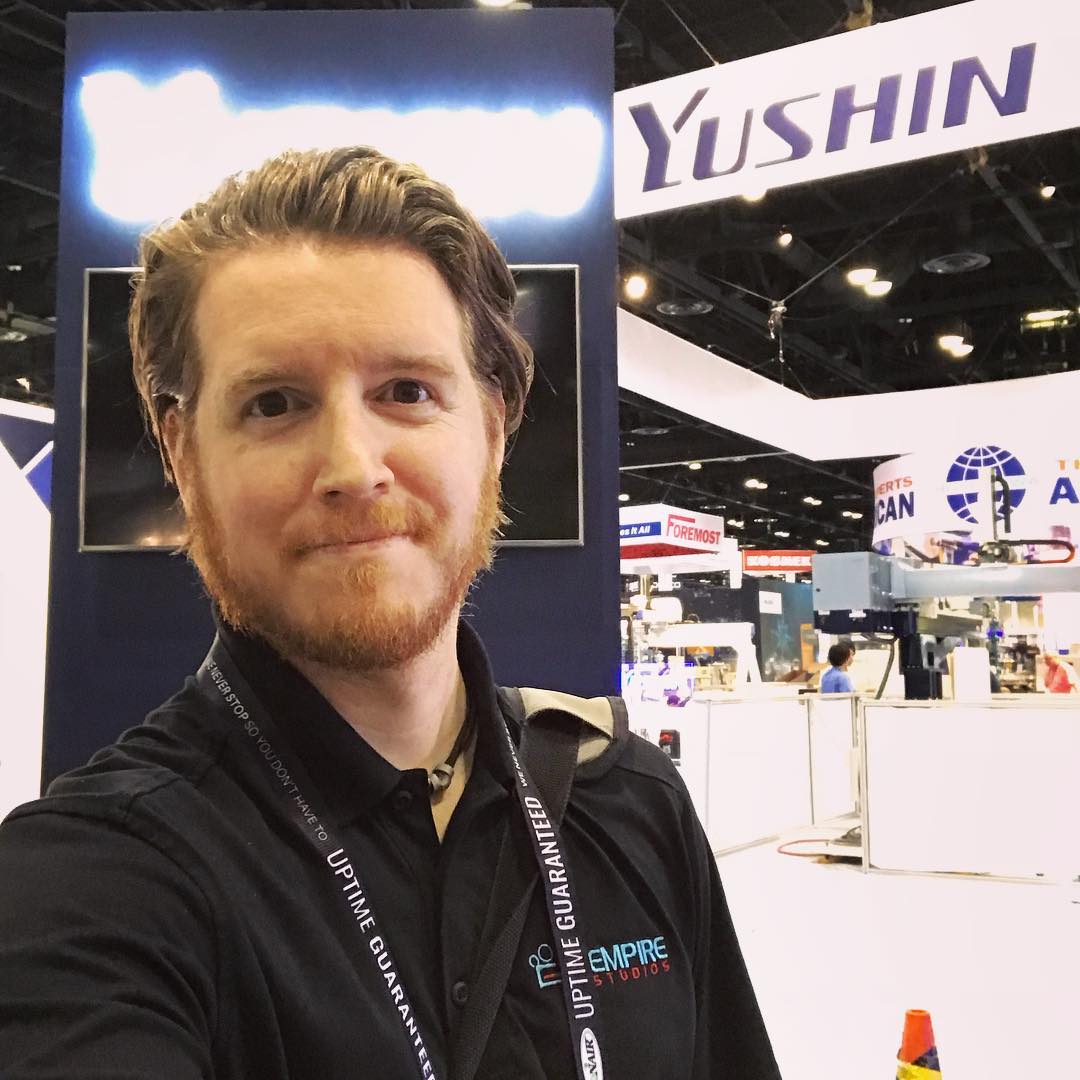 Chris Bryant is the founder of Empire Studios, a video production agency that handles any and all aspects of video marketing, from ideation to distribution online. Since its birth in 2005, it has grown into a six-figure business with consistent year-over-year growth.

Chris’s Original Story: “Not Bad for a College Drop-out”

I grew up in a middle class family in Connecticut. My mother was an executive secretary for Pitney Bowes, and my father an entrepreneur and engineer with his own business. Watching the two of them work on the rare and amazing occasion that I ever went into their workplaces showed me first hand what Mom & Dad did all day, and I was mesmerized. Seeing them after hours at home hustling as well instilled the idea of putting in your best and going the extra mile.

While my father ran his business and was doing well with it, I always got the sense that my mother wasn’t your typical worker bee, either. When she got sick with cancer and had to take extended leave due to the chemo, they needed two people to pick up what she was handling herself.

Seeing these examples as I grew up, I naturally assumed this is just how you work – HARD and with everything you have. It’s served me very well in my life, both professionally as well as personally.

While I started college, I didn’t finish. I only attended for a few semesters before dropping out. I paid my tuition myself, and commuted to campus, which thankfully allowed me to stay out of debt. However, I quickly realized if I worked on some film sets, I’d likely learn what I needed to know in a hands-on manner… while being paid to do it. I took a few, final filmmaking classes before I threw in the towel on college. While they’ve certainly helped me, it’s nothing I couldn’t have learned by watching a bunch of YouTube videos (though YouTube wasn’t invented at the time) or by taking some online courses. I’m not saying that to belittle college whatsoever, but in my experience and for my field in particular, I was better off learning in the field on real sets and doing it myself.

At the time I started my video business, I had no real demo to show what I could do. I was working at a high-end, family-owned grocery store, and noticed a very amateur video they had on a loop, showing how they made mozzarella. I emailed the president of the store, and told him I was (at the time, at least) attending Western Connecticut State University as a Media Arts major, and would love to create a better video – for free, before my shift started. He agreed, and within a week I had produced the new video. He LOVED it, asked for a DVD copy for his other two stores, and immediately put me in contact with the SVP of Communication of the stores for future (paid!) video projects. They were my biggest client for the first few years.

Although I thought I wanted to be a big-time Hollywood director when I was younger, the realization that creating smaller-scale video content was “it” for me didn’t happen until I started my video production side hustle, and was on my first out-of-state shoot. By this point my father had sold his business and was a manager at a robotics company in Rhode Island. I was hired to produce a series of videos at their facility, and as soon as I arrived on location, it was like a switch was flipped: My common-at-the-beginning imposter syndrome vanished, I set up my shots the way I knew would look best, and instructed and gave direction to my father’s superiors with no second thoughts. I realized this whole thing came so easy to me, and I was having a total blast doing it.

The business aspect of being an entrepreneur was a challenge for me at first. I thoroughly enjoyed creating content, directing,editing, and talking to clients, but I was terrible at anything not creative. Figuring out what to charge, how to bill, creating contracts… all Greek to me. However, I was forced to learn it if I ever wanted to take my business full-time.

What I would tell someone who comes up against challenges while striving towards their dreams: I’d say to push through, learn all you can, and surround yourself with people who are strong where you are the weakest. Horrid at bookkeeping? Hiring an accountant to handle your finances could be a solid investment. Don’t know where to start with officially (and legally) starting your business? Free mentoring like SCORE (score.org) has been invaluable to millions of entrepreneurs – Including yours truly. With the vast amount of information online, there really isn’t anything you can’t do if you want it badly enough – and are willing to put in the sweat equity.

When I was in the process of taking my business full time, a mentor once told me, “When you work for a corporation, there’s a limit to what you can make. When you work for yourself, your only limit is how much work you want to put into it.” Truer words were never spoken.

Money, of course, isn’t the only motivating factor, although it’s the most obvious for most people. It’s also time and lifestyle. As a full-time entrepreneur, I can make my own hours, take days off when needed (or wanted!), and travel without clearing it with bosses first.

My wife and I like to take what we call “workcations,” where we grab our laptops and travel somewhere far away for a month or so. During that time we’re still working, but at the end of the day, on weekends, or random days we decide, we are enjoying the local sights and relaxing somewhere new. I schedule filming for clients before I leave and edit the projects from afar. If a sudden shoot comes up, I have a network of trusted video professionals I call on to handle those projects. These workcations have taken place in Paris, Rome, Tel Aviv, London and more. There’s nothing quite like the feeling of strategizing your business growth from a charming Roman cafe on Via Urbana on a warm Thursday morning. Not bad for a college drop-out.