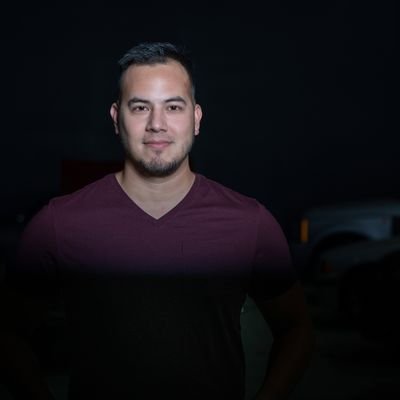 Clay Mosley: Entrepreneur & CEO, Dripify: “There Are No Wrong Decisions. You Are Either Right or You Learned Something”

Clay Mosley was fired from almost every job he had until 2012, when he went freelance and started a digital marketing agency offering website design, SEO, social media management, and video production. By 2018, his agency was staffing over 20 people and earning $1 million in annual revenue. From there, he started Dripify, an online learning platform, which earns nearly $500,000 in annual recurring revenue.

Clay’s Original Story: “There Are No Wrong Decisions. You Are Either Right or You Learned Something”

I didn’t realize what I wanted to do until I was 32 (I’m 37 now). Growing up, it was always known that “going to college” was the only thing to do. Looking back, that’s not surprising considering my family tree doesn’t have an academia background. No one on my dad or mom’s family tree have ever graduated college. In fact, my older sister (I’m the second oldest of four siblings), was the first to graduate college. I was the second. My other sisters also graduated college with one of them becoming a pharmacist. So the idea that college was the only path to go after high school is an understatement. My parents wanted better for us.

So I went to Arkansas State University. The only reason I chose that school was because my sister attended it. I graduated with a degree in Management Information Systems…. but I didn’t care to get a job in that area. So I took the first job I was offered… an insurance claims adjuster. I hated this job for three years.

Over the next 10 years, I honestly had no idea what I wanted to do for a career. I went on to work a variety of jobs in different industries. All ranging from insurance claims, insurance sales, construction, HVAC, roofing, internet provider sales…. so many.

Something I didn’t mention was that I was fired from most of these jobs. It wasn’t because of laziness or lack of work ethic. I was actually a hard worker. I just had the “bad” habit of doing things in more creative ways to get things done faster with better results. And since I worked for traditional corporate people, I was fired.

In this 10-year span, I also managed to attend MBA classes (currently 6 credits away and will never get it at this point). I also started and failed (miserably) four different businesses.

In 2010, I did see hope for my career because I was approved to be an FBI Special Agent. I went through 18 months of numerous written tests, interviews, fitness tests, a polygraph test, and was actually approved to go to initial training in Quantico. And all I had to do was a medical test… but I wasn’t worried about it because I was young, healthy, and super fit. But it was the medical exam that stopped it all. I went in with zero symptoms and fit as a fiddle. I came out with a diagnosis of a kidney disease called IgAN. It’s a disease that most people don’t realize they have until they are in actual kidney failure.

It was a blessing in disguise, really, but at the time, it was devastating.

So devastating, I decided I didn’t want to go back to any of the jobs I had in the past. So I went back to school for engineering.

I got two years into a mechanical engineering degree and got a summer internship at an energy consulting company.

At the end of the summer, the owners of this particular company decided to start a new company and offered me the job of running it. I accepted the job and dropped out of school.

Over the next three years, I grew this company from just me to over 50 employees. I worked 100-hour weeks for three years.

After I was fired, I thought about what I wanted to do for a career. While I was working the last job, I was dabbling with website design on the side because I was trying to pay off all the student loans that I took out for the MBA and engineering classes. I was self-taught and I actually enjoyed website design.

So when I was fired from the last job I ever held, I immediately thought I wanted to get a website design job.

I applied at every single marketing agency in town. I didn’t even get an interview. On paper, I had the worst resume any agency could ever receive. I worked in a variety of different industries, none of which were website design or marketing. I was fired from most of them. My degree didn’t have anything to do with websites. So yeah, no interviews.

So I decided to just go freelance.

In 2015, I started Rock City Digital, which is a digital marketing agency. In the first year, I was a solo website designer and produced a revenue of $90,000. Pretty good, but I wanted more. I expanded my services into marketing such as social media management, SEO, and video production. In April 2016, I hired my first employee. By the end of 2016, we were a team of four. By the end of 2017, we grew to 11 people. And by the end of 2018, we numbered over 20 people on staff and were hitting an annual revenue of over $1 million. In June 2019, I sold my first company.

I then moved out to the San Francisco Bay area to do some high level consulting while starting a new company called Dripify.

Dripify is an online learning platform for entrepreneurs. It includes a variety of courses on sales, marketing, copywriting, and more. After one year, Dripify is closing in on $500,000 in annual recurring revenue with just a small team of three.

I also started a new web agency called Drip Engine in January 2020 and in its first year, it’s estimated to generate $150,000 in annual recurring revenue.

From a knowledge perspective, none of it has helped me at all. Not even the MBA.

From a mindset perspective, my education has made a huge difference. It just reminds me that I am fortunate I never pursued a career path that society tried to decide for me. It makes me grateful every day.

Not that there aren’t any challenges. For instance, loneliness as an entrepreneur. Most people do not choose to be entrepreneurs or business owners. It makes it tough to share the same struggles and failures and celebrate the wins. People who are not entrepreneurs do not understand this world outside of the “9 to 5” world.

Another challenge is growing “thick skin.” What I mean by that is learning to have the strong mindset to get through the constant troughs of the entrepreneur life. Sales slumps, adapting to unexpected events, scaling problems, managing people, legal aspects, the list goes on. Anyone can manage their way through these things, but it takes “thick skin” to do it for years and still have a passion for what you do.

Beyond the need for thick skin, there are three things that I believe can make ANYONE successful (even without a degree).

o   First, be decisive. Make decisions quickly. There are no wrong decisions. You are either right or you learned something.

o   Finally, and probably the best one, relationship capital is everything. You can learn everything there is to know about business, and you can be successful, but if you want to be ULTRA successful, it’s all about the relationships you have. I’m not talking relationships with just your clients, which is still important. I’m talking about business relationships. There are people in this world that can 10x your business by themselves alone based on who THEY know. Find those people, and invest your time in them. You’ll be glad you did.