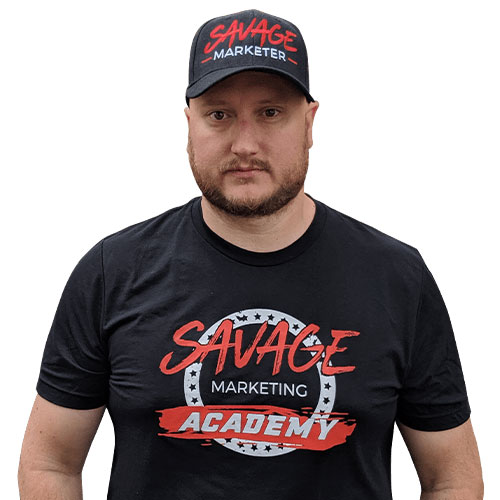 Jeff Hunter: Entrepreneur & Founder, VAStaffer: “Pick Something and Get Good at It”

Jeff Hunter is the founder of VAStaffer, a virtual assistant staffing agency with over 80 employees. He’s also a digital marketer, the host of the Savage Marketer Podcast, and the founder of BrandedMedia.io, a branding agency that helps CEOs and founders become influencers.

Jeff’s Original Story: “Pick Something and Get Good at It”

When I was growing up, my dad had just got out of the Marine Corps and my mom was studying to become a nurse. My dad worked at the five-minute car wash to put my mom through school and support me and my little sister.

Even though my family was on food stamps, I never knew we were poor. We moved around a lot, so I never stayed in a school long enough to have ‘friends,’ either.

It was an emerging technology in the early 1990s, and I felt like it was forging a new path into the unknown. That exited me.

I loved computers so much, I went to a computer store just a few miles away from my high school and begged them to let me work there for free and just learn. I spent many hours at that store, and eventually in college I started to get paid, too.

It was at that moment I realized, ‘Not only can I do what I love, but I can actually get paid to do it!’

I eventually became an IT guy at a school, and within two years I became the IT Coordinator for an entire school district. Just four years later I would be recruited to become an IT Project Manager for a Fortune 500 company.

This makes my path seem totally straightforward, but it wasn’t. In fact, I went to college for 12 years. I had two careers that people went to college to get before I had graduated. Outside of accounting and business law, I can say college contributed very minimally to my success today.

It’s very easy to give up as an entrepreneur. When I left my six-figure job for a Fortune 500 company, it was one of the most challenging times of my life. I was a 30-something-year-old man with a three-year-old child and a wife. To pursue my passion and start my own business, I had to leave everything behind and move in with my parents because I didn’t know if I’d have enough money to even pay rent.

While I’m offering advice, here are some final thoughts: Too many people in this world are generalists. They don’t focus in on getting good at one thing. So many people are trying to invent the next best ice cream flavor, when all they have to do is perfect the vanilla that everybody wants. Pick something and get good at it. Then follow wherever that path may take you.

Quote: “Pick something and get good at it. Then follow wherever that path may take you.” – Jeff Hunter

Find more from Jeff Hunter on VA Staffer and jeffjhunter.com.