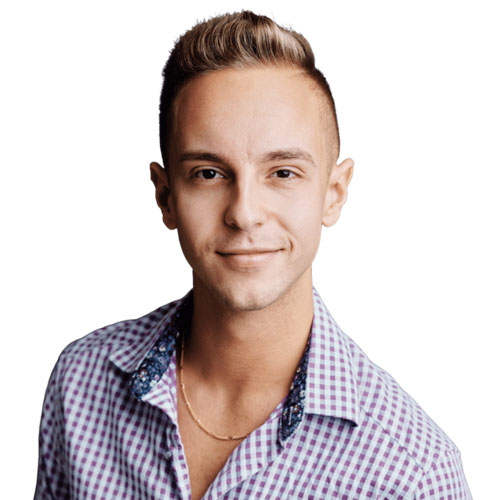 Jordan Paris: Podcast Host & Entrepreneur, Trend Up Media: “Hope, While Essential, Is Not a Strategy”

Jordan Paris is a podcast host (notably, Growth Mindset University, where he interviewed thought leaders and influential entrepreneurs, and the evolution of that show, The Jordan Paris Show) as well as an entrepreneur and author. He also founded Trend Up Media, a podcast production and marketing agency.

Jordan’s Original Story: “Hope, While Essential, Is Not a Strategy”

In April of 2018, I started a podcast called Growth Mindset University. Things started snowballing there after about a year, and along came my done-for-you podcast production company (Trend Up Media) where we produce podcasts that help people and companies grow in both profit and influence.

What I do has evolved over time. Broadly, the thing I love to do is work for myself. I realized when I was 18, after 2.5 years of working at a restaurant, that this was the case. I had to work for myself. Otherwise, I’d be miserable. “Never will I work for anyone ever again,” I decided when I got done with that job. And I kept that promise.

That’s not to say I didn’t initially go the traditional route. I got a degree in Entrepreneurship. After my first year of college (maybe even my first semester), I realized that all of the classes were a tragic waste of time. In every class after that point, I would have my computer out, working on whatever business I had going at the time. I never studied. Got A’s, B’s, and C’s. Fine by me. After all, what did it matter? Grades are illusions. Whether I got an A or a C or failed the class altogether (which I did more than a few times), it would have no consequence in my life, especially considering my whole goal was to get out of college and not have to get a job, ever.

At 19, I became a personal trainer, certified by NASM. I worked to get in-home clients. It took two months, but I eventually realized nobody would magically come to me, especially without any prior experience. I realized hope was not a strategy. So, I got scrappy and did some outreach, and that landed me my first two clients in the same week. Then, I started designing websites as a side project. Then, I started my podcast production company. Luckily, my first client came to me without my having to do anything. For a few months, this was my only client. I was getting some inbound leads but squandering the opportunities because I was terrible at selling.

Prospecting and selling seemed like mountainous tasks to me. So intimidating. I knew I needed to do it, but procrastinated for years because it is so much easier to rely on hope as a strategy. Alas, hope is not a strategy, and I needed to act.

Once I started learning and acting on what I learned, I wished I’d done it all sooner. If you’re in a similar boat, read Fanatical Prospecting, Influence, Pre-Suasion, Go-Givers Sell More, and Virtual Selling. Then act on what you learn.

Finally, remember that hope, while essential, is not a strategy all by itself.