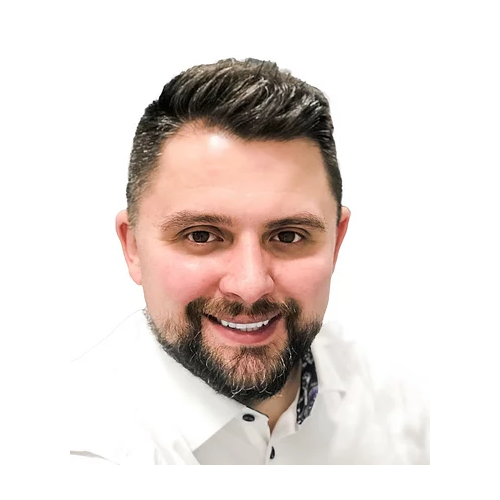 Marcin Drozdz was recruited into the private equity space in his early 20s. The focus was on real estate acquisitions, including apartment buildings, development, and land assembly. Since then, he’s broken off on his own to work with entrepreneurs to help them access over $100 million in growth funding to scale businesses in finance, real estate, and consumer services.

Marcin’s Original Story: “It Doesn’t Matter Where You Start. It’s Where You’re Going”

I was born in communist Poland and with tremendous effort our small family eventually made it to Canada when I was six years old.

It was quite the experience.

We didn’t speak the language, knew no one and only had a few hundred dollars to get started.

Our first night in Toronto was spent cooped up in a rented room, sharing a small oscillating fan (that didn’t oscillate) in the dead of summer on a green mattress firmly planted on the floor. Except for an alarm clock and a few suitcases, the room was empty.

Lying there… beads of sweat streaming down my face… watching the red numbers on the alarm clock flicker.

24 hours in the country and he’d already found a job delivering newspapers to put food on the table. An accomplished small business owner and master mechanic, slinging papers to provide for his family.

My mother (a naturally happy-go-lucky kind of woman) hustled, too.

Each day after walking me to school she would work at a clothing donation drop off center, sorting secondhand clothing for sale.

To this day, my mom still jokes that most of my clothes back then were new… as in “new to me.”

I was happy to wear them.

Nights she would work in the kitchen of a diner nearby. A far cry from the medical schooling she had from the University of Wroclaw.

Over 30 years later my father has built a well-known and respected European auto service center. My mother (still very much happy-go-lucky) has been working in her field at a major hospital for over 15 years.

I was fortunate to have grown up with parents where succeeding wasn’t just a goal.

It was a state of mind.

There was absolutely nothing that you could do to keep my parents from making it happen.

The point is, it doesn’t matter where you start. It’s where you’re going.

I found my first opportunity when I was knee-high to a grasshopper delivering newspapers.

I wanted things and couldn’t bring myself to ask my parents for money.

I thought it was easier to get up at 4 a.m. each Sunday morning and deliver the paper in my neighborhood.

Fridays after school I would walk the route again and collect payments from my customers.

If they didn’t pay, I didn’t get paid. It was a tough lesson to learn early in life.

After a few weeks of this, I raised $40 from the bank of mom and dad.

I needed capital to expand my operations and a small shopping cart was going to take my business to the next level.

When I couldn’t get more delivery routes, I spent my weeknights riding my bike to the golf driving range nearby, arriving right as they closed.

The field was covered in white gold.

There were many areas that the golf ball picker cart couldn’t reach. Each night as they closed, I would work the field picking balls by hand, filling milk crates to the brim for $2 a piece.

It was hard work, so many pickers came and went. I kept showing up, and found a few ways to pick balls faster with less effort. Eventually my hustle landed me a full-time gig during the summer months.

I worked from sunup to sundown tending to the facility, selling memberships, managing the seasonal staff and resolving conflicts.

The hours were long and managing people (mostly other kids) was challenging, but I loved the sense of responsibility that came with the role.

Back in the classroom, I experimented with buying and selling watches, baseball mitts, hockey cards… anything that I thought I could make a spread on.

Analytically inclined, competitive and not scared of hard work, I gravitated toward business.

Fresh out of school, my next venture was a rental property that my best friend and I bought together, renovated, rented and eventually sold for a nice profit.

There were several more properties after that and I eventually found myself working with a private equity company focused on large scale real estate acquisitions in my early twenties.

Since then, I’ve had the good fortune to work with several proven and talented entrepreneurs across various industries, employing a wide range of revenue models.

I realized I could get paid doing what I love once I became a good communicator and could identify who needed what (i.e., sales). I don’t know if anyone ever really “figures it out” entirely though. There have been things that I loved working on that worked really well and others that have cost me dearly. That’s the truth about taking the path less traveled; sometimes it takes you to a dead end or, even worse, through the bushes and off a cliff.

Fast forward to today – my team and I have been part of building several businesses, including limited partnerships focused on commercial and multi-family real estate acquisitions, a consulting firm that advises growing companies, and a partnership that invests in recurring revenue-based businesses.

My biggest challenge early in my journey was that I lacked a sense of direction. Everything is fresh and exciting when you start out. Stay true to “why” you started down this path. It will keep you focused on what matters to you.

Remember: If you’re charting a new path, you will meet failure along the way. Accept it and move forward anyway.