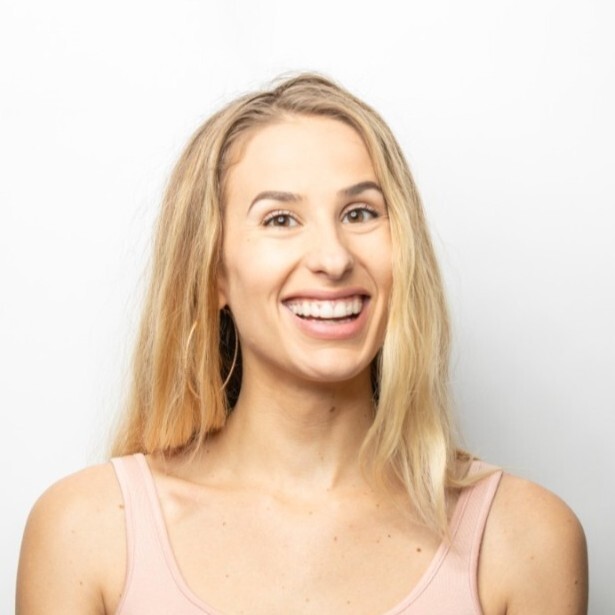 Shay Rowbottom: Digital Marketing Entrepreneur & LinkedIn Influencer: “Your Gut Feeling About What You Want to Do in Your Life Is Your Highest Truth”

Shay Rowbottom is an entrepreneur and the founder of Shay Rowbottom Marketing, a video marketing agency that specializes in helping business owners attract their target audience and pull in more clients with organic video content on LinkedIn. In 2020, she’s on track to pull in her first seven figures at just 28 years old. She’s also an advocate for mental health, personal development, and healing from trauma. With this in mind, she created Heal Tribe, a community around sharing and healing with others.

Shay’s Original Story: “Your Gut Feeling About What You Want to Do in Your Life Is Your Highest Truth”

I always, always knew from the time I was a little girl I wanted to be an artist. Meanwhile, from my family, I received not just a lack of support, but outright discouragement. I was fed reasons why I was crazy for wanting to do this. I knew something was off.

At 18, I ended up going to college, even though I didn’t want to. I was starting to act out sexually, coming from abuse when I was a little girl. I was confronted by my dad because I wanted to be a stripper to fund my art career; even though the reason I was in that position was because of him. He pushed me to college. Meanwhile, my sexual compulsions got worse – throw a girl with unresolved sexual trauma and compulsions into the biggest party environment, and it’s not going to go well. I ended up prostituting myself, and my dad saw college as the main issue and allowed me to drop out. After that, I started pursuing a career in music and searched for my path in performing.

I always knew I wanted to do my own thing. But dropping out opened me up to the rest of my life. It was transformational. Focusing 100% on my music made me very happy. It eventually led me to the path of content marketing, which is where I am today. It’s important to realize that your original dream is a calling you need to go towards; I needed to go towards music to find digital marketing and entrepreneurship. Going for your dreams is so important, because you’ll find your final dream, eventually. My “aha” moment happened during the time I was trying to live for my parents and go to college, and realizing how much that wasn’t for me.

Quote: “Going for your dreams is so important, because you’ll find your final dream, eventually.”

Instead, I found the need to be happy and fulfilled outweighed the need to be liked. This is where most people get stuck. You don’t need anyone to like you. Some of the most influential people in the history of the world were heavily hated. You won’t change the world being a people-pleaser. I’ve always been strong, but once I built the mindset of loving my own truth, I realized that outweighs my fear of being disliked.

My upbringing has deeply influenced my journey, both negatively and positively. Coming from a family that’s so sick (in a deep state of denial about reality), I was usually shamed and pressured to go back into the family way of thinking – traditional, get a safe job, go to college. It was challenging, because as a little kid, you can’t do much with those beliefs. I immediately became rebellious. In my early 20s, after years of fighting, I decided to not have my parents in my life at all. Sidenote: you can make the right decision and still be sad about it, grieve about it. I made the right choice, but it’s still sad for me. It made me so strong, though, because when you can rise up and stand in your power of opposing your own blood and family, opposing the rest of the world becomes EASY.

That’s one of the reasons I was able to grow my blog – because I spoke my truth. And people ask me, “How are you not afraid to share the truth?” Because I let my family go – the people who I cared about more than anyone, but also the people who were really holding me back. I wouldn’t change my tough upbringing for anything, though, because I am such a critical thinker today. I have no problem looking at the facts and the ugly truth and exploring it, because I’ve seen the damage living in denial does. I don’t do things because the crowd accepts me; and I’ve found that I’m not the only one who sees the truth. To access these like-minded people, I had to break away. That’s been the greatest gift.

I didn’t start making any real money until I found video content. In general, it fascinated me because I saw the people doing video making tons of money. When I finally dove in, I saw it as an act of self-love – quitting something creative but lucratively lacking, music, to invest in doing something equally creative but more lucrative, video.

In 2015, I met my ex-boyfriend, a videographer/entrepreneur, and he taught me how to edit and shoot. I saw instant money. I realized I could edit videos in my underwear from my bedroom and get paid. However, my journey into financial success was a little muddy – I was heavily dependent on my ex and the reality I lived in for that relationship. The only reason I thought I was making money was him. I had a million-dollar business, but didn’t believe it was mine – even though I worked my ass off and it wouldn’t have been what it was without me. I stayed with my ex-boyfriend for years despite clear signs of him being an abuser, because of my limiting beliefs around money. Unsurprisingly, I started making MORE money on my own after leaving him. This was another “aha” moment, realizing I could do it without him. 2020 is my first year where my business is 100% self-owned, and I’ve made more money doing it on my own. I’m on track to close $1.3M.

I’m a big believer in doing it for yourself. When you’re self-taught, you become your own teacher. On the other hand, people in college become over-dependent on a teacher. I believe that in college, you’re actually paying to be brainwashed. And, when you’re paying for something, that causes people to deny the truth.

I’ve met so many people who don’t use their degree but won’t admit they hate or regret their job and the college debt – because they paid for it. The mistake they made is too painful to admit. The money exchange causes a divide between them and their objective thinking.

But self-taught professionals are just as good, if not better, than college educated ones. When I hire, I see self-taught videographers outperform new film degree graduates every time. The film student doesn’t even know what I do. They’re not relevant with the times. I saw the same pattern with people in advertising. In my experience, hiring someone who is self-taught is always better.

Here’s the thing: I’m the only person in my family who didn’t go to college, and I make more money than all of them who did.

If you’re struggling to find your path outside of college, your parents might be the problem. Parents are projecting onto their kids what college was in the ‘70s, when the internet didn’t exist. Unless parents are great with relevance and keeping up with the times, they don’t realize their kid can Google and learn anything they want to, and that the expensive degree doesn’t even matter in terms in relevance. My parents, for instance, never told me to YouTube and learn it because they didn’t grow up with that.

If you think your parents’ advice is off, you’re probably right, because they just might be stuck in another age. On top of that is another layer of narcissism where parents want to brag at the country club that their kid got a degree. This is a whole secondary problem. My mother wanted me to have a liberal arts degree because to her, it reflected that she was a better mom. Meanwhile, all I was paying for was a piece of paper.

We need to get honest about the parents projecting the past onto their kids. This is why we still see degrees even though they’re not relevant. PARENTS are keeping this flawed college system alive. They can’t see the reality that they are hurting their kids by pushing them into debt. Parents still think their kids are smarter if they go to college. This isn’t necessarily true.

There are so many things you don’t need a degree for. I was taught my whole life you need a degree. NEVER ONCE has a prospect asked me, “Where have you gone to college, Shay?” No employee has ever asked me for my degree, either.

If you don’t know what you want to do, take time off. At 18, it’s way more common than you think to just not know. Enroll in a less expensive school and build prerequisites. Take a year to just Google and learn. Find mentors, Facebook groups, and learn from a community of experts. Remember: Your gut feeling about what you want to do in your life is your highest truth. Follow it. See where it leads you.

Find more from Shay Rowbottom at her website or on LinkedIn.