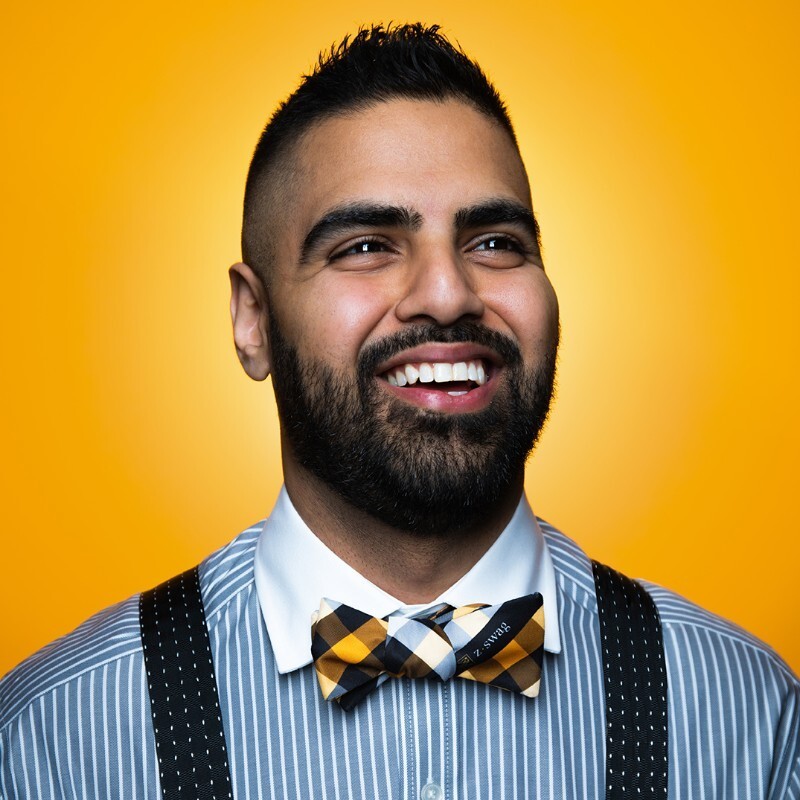 Zee Ali, Entrepreneur & Founder, Zswag.com: Never Stop Learning: How I Went from Busboy to Business Owner (and How You Can, Too)

Zee Ali is the founder behind Zswag.com. A first-generation American, he worked his way up from busboy to dishwasher to culinary school student until he discovered his love of marketing and branding. Today, Zswag is a full-service merchandising company that fulfills orders for brands around the world.

Zee’s Original Story for Skip the Degree, Save the Tuition: “Never Stop Learning: How I Went from Busboy to Business Owner (and How You Can, Too)”

Growing up as a first generation American in a low income Chicago family was an education in itself. My parents are the most hard working people in the world, and have a great work ethic, but despite this they struggled with financial stress all through my childhood. I watched them constantly stressing, fighting about money, and resolved right away that this would never be me.

Their work ethic inspired me to become a hustler, selling illegal bootleg DVDs, CDs, candy and loose cigarettes on the street corner in my neighborhood. I’m not proud of this fact, but I was determined to make money however I could, and eventually I was old enough to take more legitimate jobs.

At about 15 years old I was hired at the Classic Residence by Hyatt as a busboy. It was my years there, and the experiences they brought my way, which taught me that a willingness to work hard and keep learning is the key to success, no matter what path you choose to get there.

Working at the Hyatt

I started as a busboy, then was promoted to server after months of hard work. While working in the front of the restaurant I became fascinated with the chefs and their glamorous world. It’s hard to believe now, but in high school my dream was to become a celebrity chef and own my own show on the Food Network. The chefs at the Hyatt inspired that dream.

One day, a dishwasher called in sick. Management knew I wanted to break into kitchen work, so they asked me to fill in for him as a sort of audition. I was ecstatic as I sang out loud while I was doing the dishes. I annoyed management enough to keep me in the kitchen and when I mean annoyed, I asked the Chef just about every shift I worked.

Now that I was in the kitchen, I could observe the chefs at work firsthand. I became a sponge for knowledge, eventually being promoted to prep cook, and found the fun in the mundane work of chopping 100lbs of onions. I also got the chefs to agree to mentor me by showing up early, on my own time, to do their prep work in order to make extra time in their schedules. I did this extra work for free, off the clock. I created opportunities for myself wherever I could uncover them.

It was hard work. I hated scrubbing the inside of the ovens Friday nights for deep cleans. However, I stayed the course, continued to learn all I could, and by the time I was a senior in high school I was running the sunday brunch at the hotel all by myself, a job that 4 people share at that hotel now.

Especially in the Pakistani community, debt is an evil horrible thing, something to be avoided at all costs.  So I had no intentions at any point of going to college and incurring a bunch of debt for a degree I might never even use.

However, the chefs I studied under recommended that a degree in culinary arts and hospitality be the next step, and the hotel saw fit to award me a full ride to a local college of my choice for these programs. With this freedom from the threat of crushing debt, I applied and was accepted to Triton Community College in River Grove, IL.

While I was there I continued my side hustle of selling items. It was here that I got the idea to start selling chef’s coats from a friend of mine, which is how my current business began.

In the beginning it was just my mom and I. We would get imperfect chef’s coats from the flea market, take them home, and refurbish them. Then I would take the repaired ones to school and sell them to my classmates at a much cheaper rate than what the campus bookstore was offering. They hated me for taking away a large chunk of their business, but what I was really doing was learning to compete in a competitive marketplace.

Eventually I expanded my business to include cooking utensils, hats, bartending tools, anything my classmates might need, all for a much lower price than my competitors. At a certain point I made a shift in my business from culinary equipment and apparel to promotional apparel and products which has become a thriving enterprise. My company, ZSwag.com, has since done millions of dollars worth of business, employs team members all over the world, and just celebrated its 10th birthday a few months ago.

Certain lessons I learned along the way are ones we can all use no matter our professional trajectory, and will be things I’ll stick with no matter how successful I become.

I graduated from Triton College with a double associate’s degree in Culinary Arts and Hospitality management. I’ve never used either one of these directly in my business, although I do enjoy cooking at home for my family. I made my parents proud and had a 8.5”x11” sheet of paper which held almost zero significance on the job or at the next hotel role. However, while my career trajectory hasn’t involved being a professional chef, the experiences I had while learning to be one taught me everything I needed to succeed in life without a degree.