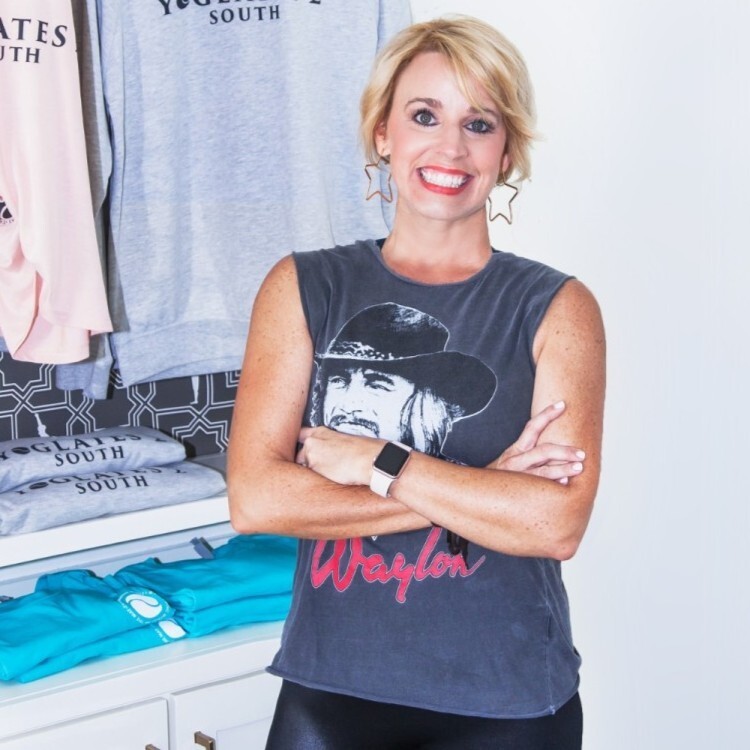 April Hill is the founder and owner of Yoga Studio 90, a hot yoga studio located in Baton Rouge, LA. Her passion for yoga bloomed into a thriving business now celebrating its 10th year. To date, April and her team have helped thousands of people get results, get in shape, get strong, or recover from illness or injury. The studio offers livestream classes with online subscribers as well as in-person instruction.

I grew up in a small town where graduating from high school, getting married and starting a family were common goals. Despite that, I knew I wanted to do something bigger – I wanted to touch people’s lives, leaving them better than I found them.

My mom and dad both worked and were professionals. They taught me at a very young age the dignity that’s developed through hard work and determination. I was expected to pay for my own extras which included expensive clothing items, gas money, car insurance and more. I got my first job after school at 12 years old, and have been working ever since. My upbringing and small town roots influenced my determination and gave me the ability to communicate with small town folks and people from all walks of life.

I found yoga in my early twenties. I was a new bride, climbing the corporate ladder and dealing with ongoing anxiety, too. When I began experiencing the results and benefits yoga promised, I knew in my spirit I wanted to share this with as many people as possible – and I have, since that first class.

I attended three years of college, but that traditional route wasn’t for me. So, I pivoted and attended an amazing school in Texas for aesthetics where I thrived and finished. For a while, I worked in the Dallas-Fort Worth area practicing in the booming skin care industry. Meanwhile, I sought training by Bikram Yoga studios in my spare time.

I practiced yoga for 10 years faithfully, experiencing and training in different types in Texas and Louisiana. Upon moving back to Louisiana, I began practicing again and recognized that our city, Baton Rouge, had doubled in size due to Hurricane Katrina. My natural entrepreneur ambition led me to research the fastest-growing areas in our parish. Could I teach yoga and share its benefits there? I was absolutely convicted by God: I was to open a studio on the south side of Baton Rouge.

Did I mention I was five months pregnant with my second child when the Lord spoke to me? Luckily, my husband was supportive from the start. With him (and Him) in my corner, I opened my own yoga studio in a warehouse space in October of 2010. Imagine what the landlord thought when he originally met me, fully pregnant, and I told him, “This will work as long as I can add industrial HEATERS!” (Trust me, the laughs and snarky remarks I received only fueled me to work harder.)

At the outset, our goal was to grow to 50 members in a few months. This didn’t happen as fast as I would have liked, but here we are, 10 years later, in a new building because we outgrew the original location. I still believe this is where I’m supposed to be.

As an entrepreneur, one of my biggest challenges, even now, is time management. I continue to work at this every day to improve. Taking your vision to paper and making a plan, process, and protocol is 100% necessary. Next, you must coordinate all of this with your calendar. As a mom to three kids and a wife who manages the household, my business, and more, I have a lot on my plate. Plus, I do a lot of it alone, as my husband travels, so time management is something I’m always seeking to tweak and improve.

As of October 2, 2020, we hit the 10-year milestone of opening Yoga Studio 90. If I could give any encouragement to my fellow entrepreneurs, it would be to ask God to give you dreams and guidance. If we seek HIS plan and help daily, we will be blown away by what HE will do!

Find more from April Hill at Yoga Studio 90 and on Instagram @yogastudio90tm.