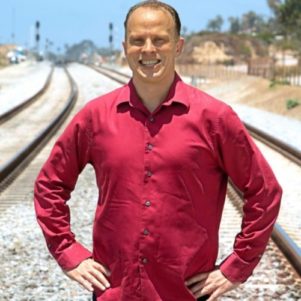 Erick Pettersen is an entrepreneur and business owner who ghostwrites articles and other content for coaches, speakers, and those who want more online exposure. He’s also a survivor – at the age of 7, he fell into a coma after suffering a brain aneurism, but miraculously recovered.

For me, my childhood consisted of challenges that turned into blessings. My family and I moved to San Diego from northern Minnesota in January of 1984. My first challenge came that summer when I spent a month laying in a coma in San Diego Children’s Hospital (now Rady’s Children’s hospital).

After a recovery, which the doctors admitted “medical science [could] not explain,” I went back to school. A couple of years later, a boy named David transferred to my school, and the bullying began. It implanted a shame identity in me that became so bad that I found myself suicidal by the age of 10.

(You can learn more about my story on SDVoyager and Beliefnet.)

Though, my passion for writing other people’s stories did not begin until many years later. I started out studying for the ministry at a Christian college in the Seattle area, but with only two semesters left before graduation, I changed my focus and transferred to another school. I stopped following the safe path I started on to please other people, and started following the path toward my bliss.

In 2005, I graduated from California State University of San Marcos (Cal State San Marcos) where I studied Literature and Writing. I worked in safe jobs for the first few years after I graduated, but I quit and started writing for a travel website in 2008.

In 2010, I began working as a freelance online marketer, and was given the opportunity to ghostwrite a book in 2016. I enjoyed the process of telling someone else’s story in their voice so much that I switched my focus to ghostwriting articles and other content.

That’s also when I found my passion. My experience of being a voice for my client and telling people about a profound part of his life gave me a sense of purpose.

“If you never stop doing what you love, you will eventually figure out a way to become successful at loving what you do.” – Erick Pettersen

Though I had been paid for my writing since I first began finding writing gigs online, I did not learn how to be paid well until 2019. The more I realized people wanted exposure online through content and that they would pay well for it, the more I realized the value of my skill set.

For me, my two biggest challenges have been access to relevant knowledge and the confidence to ask for the sale. I would advise someone just starting out to surround themselves with like-minded people and to find a mentor.

Remember: If you never stop doing what you love, you will eventually figure out a way to become successful at loving what you do.